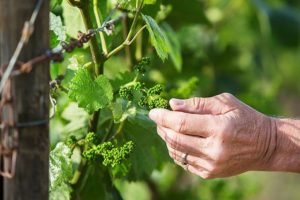 2018 vintage has been a very pleasant growing season. Spring (bud break) was later than it had been the last 3 or 4 years, just slightly earlier than average. It was cooler and wetter which slowed down growth such that bloom was about average timing. As a result, the vines were healthy and bloom moved on to fruit set with no weather issues and all the clusters/fruit developed were very even.

Summer started on time but warmer than normal. Through August, while we did not have any extremely hot days of 95+ degrees as in the last few years, we did have consistently warmer temperatures ranging 8 to 10 degrees above normal over long periods of time. This accelerated the development of the fruit and moved us into veraison a little earlier than we would have expected based on the timing of bloom. What does earlier veraison mean? It means that the fruit begins to ripen in warmer temperatures, that has the potential to throw things a little bit out of balance as the fruit ripens faster.

Fortunately, as if the weather was trying to help the vines out, temperatures in September began to gradually go down below average. These lower temperatures slow ripening of the fruit which is a good thing. Slower fruit ripening in cooler temperatures keeps fruit development in balance. We also have had a couple of stints of moisture creep into the valley providing reprieve for the vines and slowing development even further.

All this, has me very optimistic for the wines out of the 2018 vintage. While it is still a little early to make predictions, I see great potential in the fruit to develop complexity and balance in the wines. 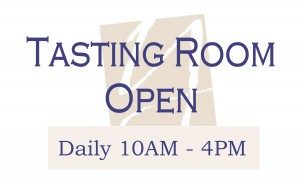